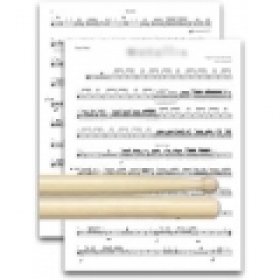 The Dark Knight of Gotham City confronts a dastardly duo: Two-Face and the Riddler. Formerly District Attorney Harvey Dent, Two-Face incorrectly believes Batman caused the courtroom accident which left him disfigured on one side; he has unleashed a reign of terror on the good people of Gotham. The Riddler is a disgruntled inventor who worked for Wayne Enterprises and is terribly jealous of Wayne's success and sophistication and uses his riddles to show his superiority over Wayne and Batman. As the Riddler perfects a device for draining information from all the brains in Gotham, including Bruce Wayne's knowledge of his other identity, Batman struggles to uncover the true identity and intentions of the Riddler. The music reflects and exemplifies the image that Gotham is still a dark and foreboding place in which Batman begins to come to grips with his own psychology as he relives the deaths of his parents in his dreams. Fast action and musical intrigue make this show a challenging and driving force for the percussion ensemble.