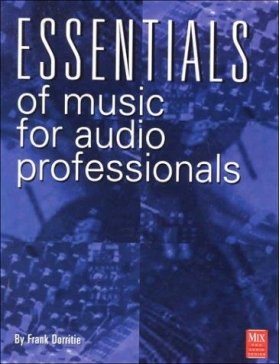 An exciting and comprehensive self-paced tutorial in general music and theory for anyone interested in:

"The most concise training course ever written on music fundamentals..." - Mike Lawson, President, Mixbooks..."Demystifies the process of working with musical notation, arrangements and scores." - ArtistPro

"Essentials of Music for Audio Professionals" is considered the standard text in its field.