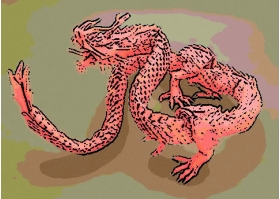 Origami portrays the story of a young Japanese girl, named Sadako Sasaki, and her plight during WWII.

A thousand paper cranes are traditionally given as a wedding gift by the father, who is wishing a thousand years of happiness and prosperity upon the couple. Hanging a Senbazuru in one's home is thought to be a powerfully lucky and benevolent charm.

Several temples, including some in Tokyo and Hiroshima, have eternal flames for World Peace. At these temples, school groups or individuals often donate Senbazuru to add to the prayer for peace. The cranes are left exposed to the elements, slowly dissolving and becoming tattered as the wish is released. In this way they are related to the prayer flags of India and Tibet.

Sadako Sasaki
The Thousand Origami Cranes was popularized through the story of Sadako Sasaki, a Japanese girl who was exposed to radiation from the atomic bombing of Hiroshima during World War II. Sasaki soon developed leukemia, and, inspired by the Senbazuru legend, began making origami cranes with the goal of making one thousand. In a popular version of the story as told in the book Sadako and the Thousand Paper Cranes, she folded only 644 before her death; in her honor, her friends completed the rest and buried them all with her. In an alternate version of the story, the Hiroshima Peace Memorial Museum states that she did in fact complete the 1,000 cranes.

Movement 4: Racing With The Wind

Movement 5: Hope For The Future